Weekend PC Game Deals is where the hottest gaming deals from all over the internet are gathered into one place, every week, for your consumption. So kick back, relax, and hold on to your wallets. 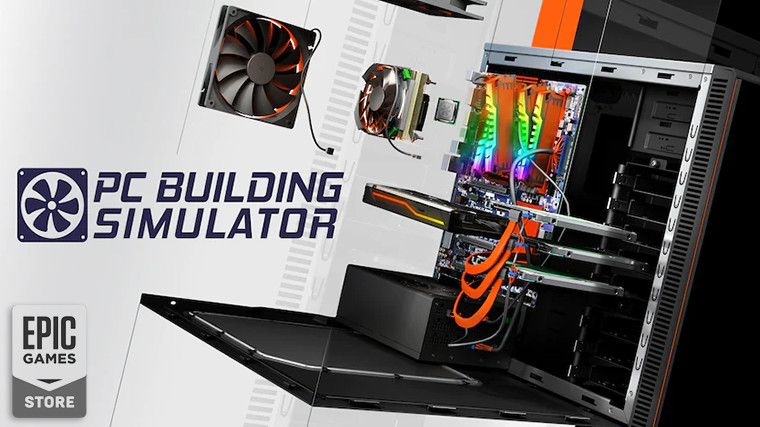 Beginning with this weekend’s freebies available for you to claim, both Epic Games and Ubisoft have offers ongoing. Epic Games Store’s weekly giveaway is for PC Building Simulator currently, which took the place of Europa Universalis IV.

A computer building repair shop is where the game takes place with licensed hardware from real-life companies available for tinkering. If repairing, upgrading, and building gaming PCs for customers gets tiring, a sandbox mode is also offered, finally letting you get your hands on as many GPUs as you want.

PC Building Simulator is free to claim on the store until October 14. Dropping next into the freebie pile is Stubbs the Zombie in Rebel Without a Pulse and a Champion pack for Paladins on the same date.

Meanwhile over on the Ubisoft store, the company is celebrating the 20th anniversary of Ghost Recon with a giveaway for the original game from 2001 as well as free DLC for the most recent entries.

The classic title puts you in charge of the Ghosts, an elite team of soldiers with high tech gadgetry with missions involving pinpoint strikes to slow down an advancing invasion, freeing POWs, and other covert objectives among its targets.

At the same time, Ubisoft is giving away the Fallen Ghosts expansion for Ghost Recon Wildlands. The Splinter Cell-themed Deep State Adventure for Ghost Recon Breakpoint is free to claim too, but you need to grab it via the in-game shop. The free copy of the iconic tactical shooter and the DLC for the more recent titles are yours to keep if you claim the promotions before they expire on October 11.

Humble Choice has returned with 12 more games in tow for its October refresh. Below you can find the offerings plus links to their store pages for quickly checking out reviews and features:

If any of these games look enticing, you can pick up three them for $14.99 as part of the Humble Choice Basic tier while choosing nine games will cost $19.99. As always, those still with active Humble Monthly subscriptions can grab ten games for $12.99 instead.

This specific selection will be available on the Humble Choice portal until November 2. Aside from the games, being a member also gets you access to the Humble Trove of DRM-free titles as well as a bonus 20% discount on items sold on the Humble Store.

Elsewhere on the store, the new Humble Asmodee Games Bundle packs up a whole set of digital board games. You’ll find the board game of Game of Thrones, Lord of the Rings card game, Scythe, Ticket to Ride, Carcassonne, Pandemic, DLC, and more in the three-tier collection with a $12 full price. 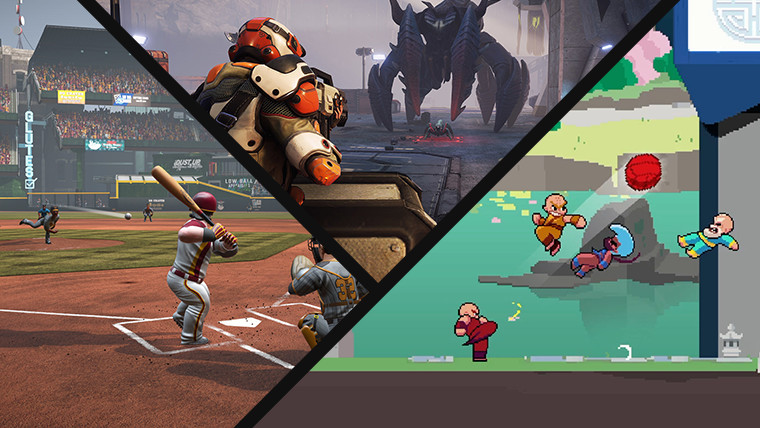 The massive demo festivals have mostly died down, leaving us with the standard free weekend promotions to keep busy with.

Baseball fans have a game waiting for them in the form of Super Mega Baseball 3. The arcade sports game is free to play through the weekend on Steam. Joining it in the free event pile is KungFu Kickball. Described as a fighting-sports game, you’ll be trying to hit the enemy team’s gong with a ball using your kung fu skills against opponents in multiplayer.

Lastly, the Phoenix Point: Year One Edition’s free weekend offers an XCOM-like experience with tactical battles, procedurally generated maps, and adapting enemies. Year One edition has all of the previously released DLC as well.

Specials from the 11bit Studios, EGX sales, and more populate this weekend’s big deals list alongside a whole bunch of complete editions of past hits. Enjoy the highlights from those and much more below:

Sim games and brawlers are the themes of the ongoing DRM-free sales on the GOG store this weekend, here are our highlights:

Keep in mind that availability and pricing for some deals could vary depending on the region.

That’s it for our pick of this weekend’s PC game deals, and hopefully, some of you have enough self-restraint not to keep adding to your ever-growing backlogs. As always, there’s an enormous amount of other deals ready and waiting all over the interwebs as well as in services you may already subscribe to if you comb through them, so keep your eyes open for those, and have a great weekend.

Neowin may earn a small commission from qualifying purchases.