A popular crypto analyst and trader is predicting a massive run-up for Bitcoin (BTC) and anticipates that smart contract platform Solana (SOL) will also surge.

The pseudonymous trader known as Smart Contracter tells his 173,500 Twitter followers that Bitcoin is about to rocket to fresh all-time highs without any deep correction. 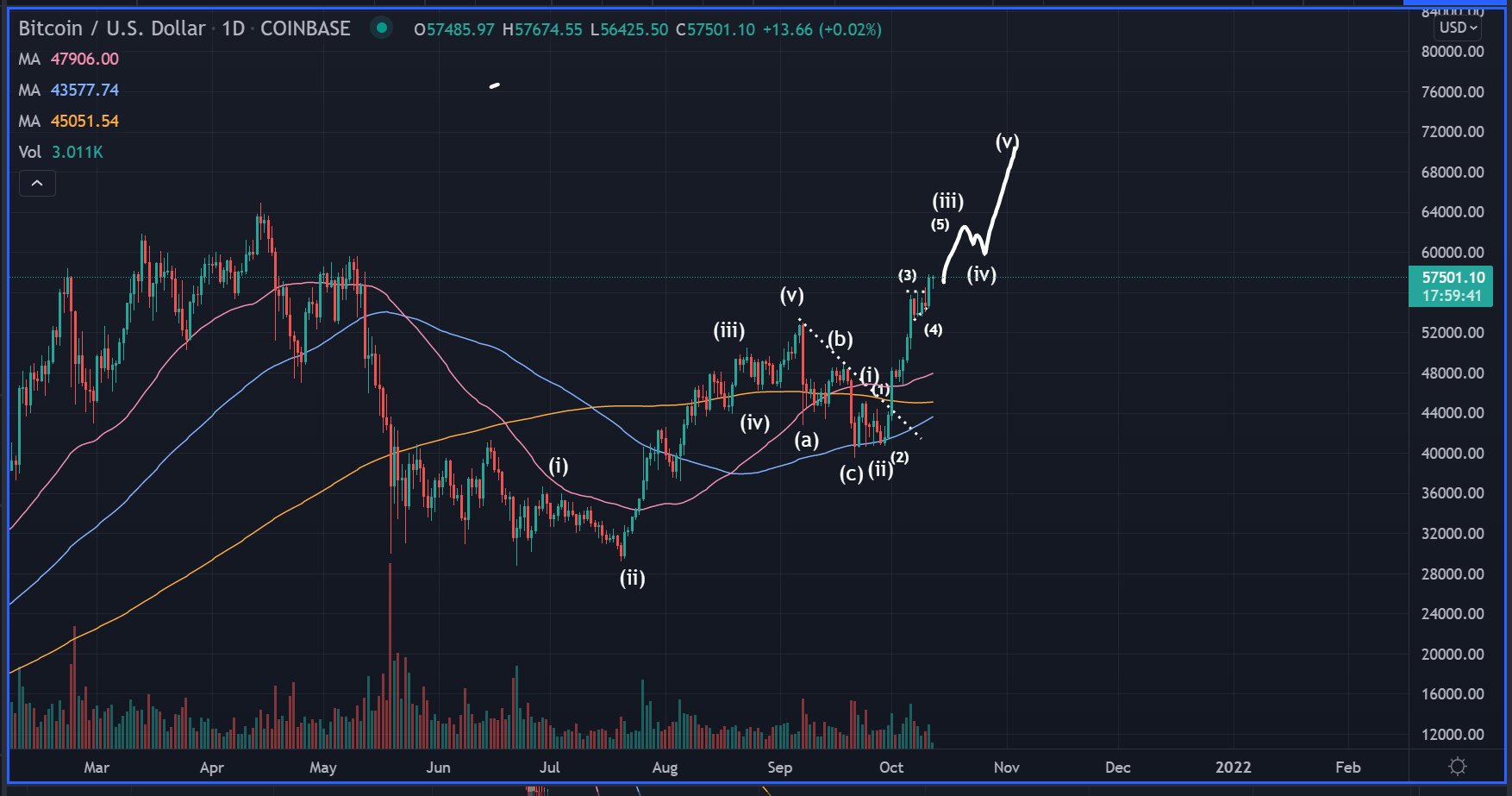 While plotting a BTC chart, Smart Contracter sees Bitcoin rising to a new all-time high of $70,000 as the leading crypto asset ignites a five-wave rally.

The trader’s prediction is based on the Elliott Wave Theory, a technical analysis approach that forecasts future price action by following the psychology of market participants that manifests in waves.

As for Ethereum (ETH), the crypto analyst says that the leading smart contract platform has carved a bullish higher low setup and is now ready to rally above $3,700. 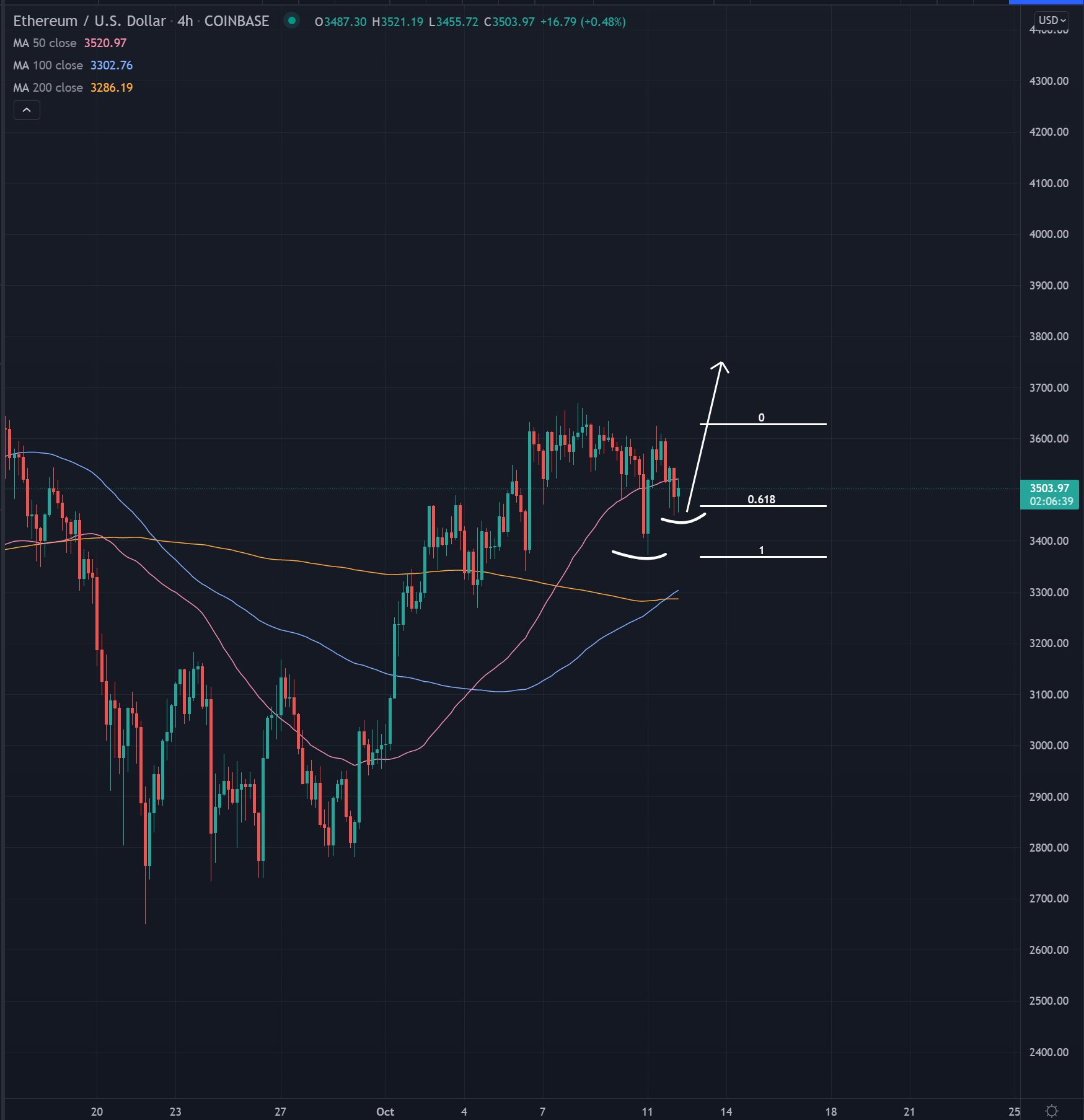 The crypto strategist is also keeping a close eye on Solana, which he believes is nearly done with its corrective period in both the Bitcoin and USD pairs. 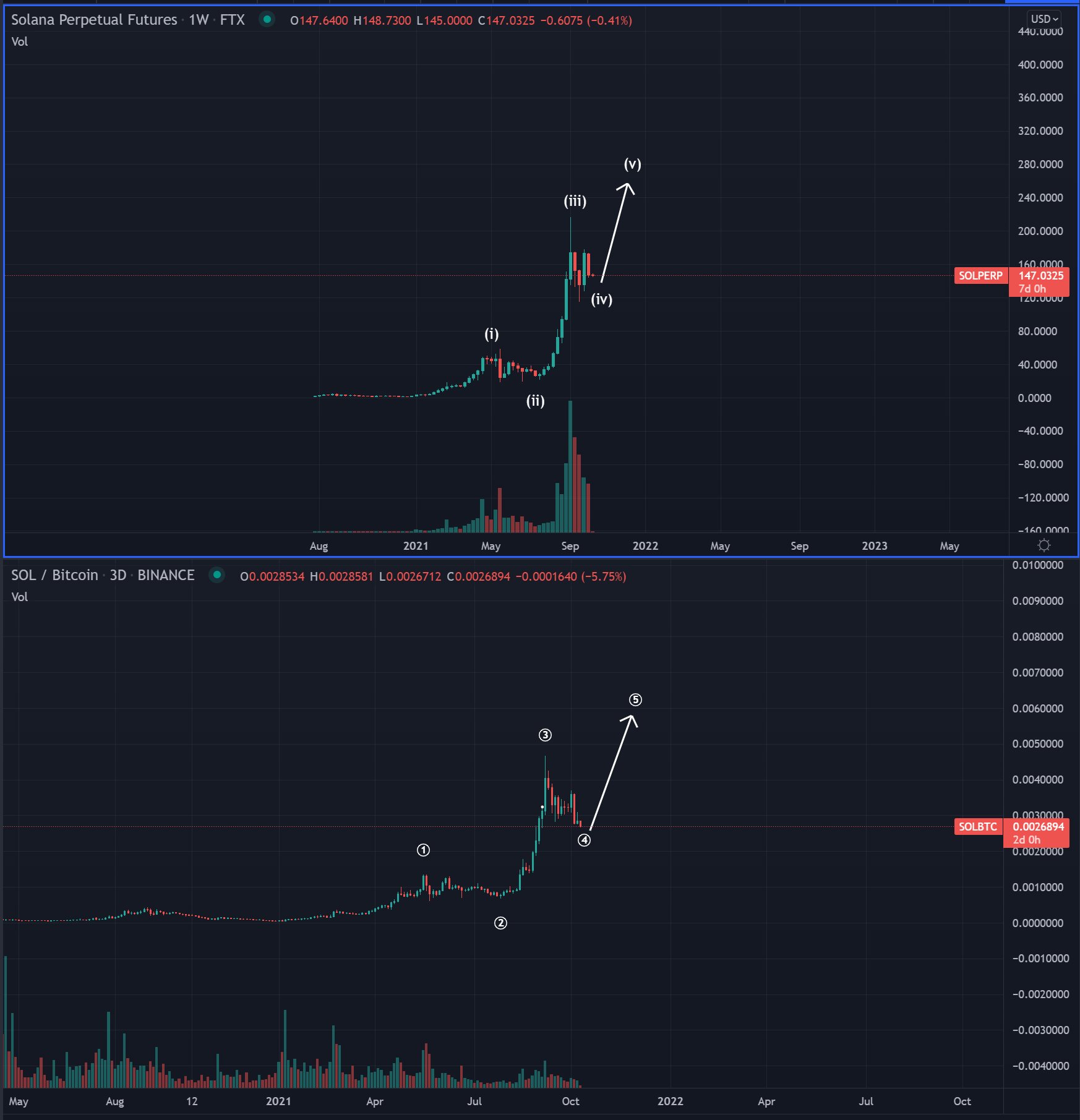 According to the Elliott Wave theory, wave four represents a corrective period before an asset ignites the last leg of its uptrend.