Here’s How Ethereum Can Ignite a 730% Rally From Here, According to Crypto Analyst Justin Bennett

Crypto investor and analyst Justin Bennett is plotting a bullish “what if” scenario that sees Ethereum exploding over 700% in the coming months.

The analyst shares a chart with his 72,000 followers that depicts ETH trading in a huge ascending channel that began in March of 2020. 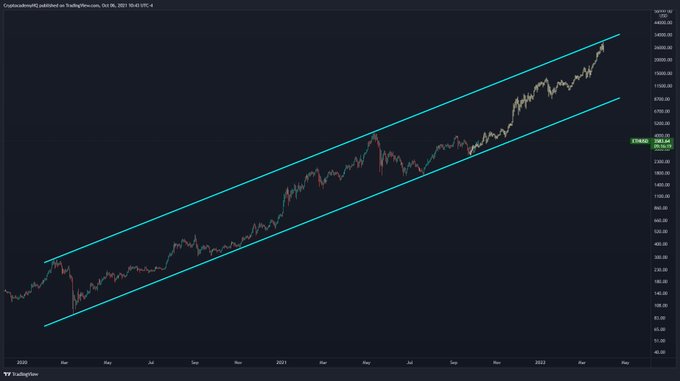 Based on Bennett’s chart, ETH bounced off the bottom near the $2700 level and is now grinding its way up to the channel top. Should the idea work out, Ethereum could be trading around the $30,000 level by about May of 2022 when it trades at the top of Bennett’s ascending channel.

This would represent a 735% gain from ETH’s current price, which is $3,589 according to CoinGecko.

The analyst says that the altcoin market in general may be presenting some golden opportunities. He says that as long as Bitcoin can maintain its bullish momentum, altcoins like decentralized supply chain management platform VeChain (VET) could be set for another leg up. 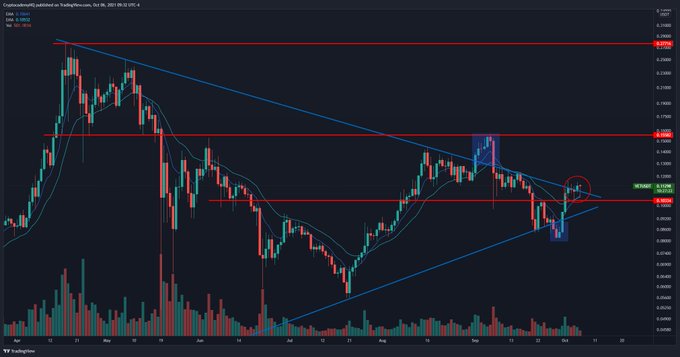 Looking at Bitcoin (BTC), the crypto analyst identifies a few key price levels for the king crypto. According to Bennett, there’s one hurdle left before nearing all-time highs. 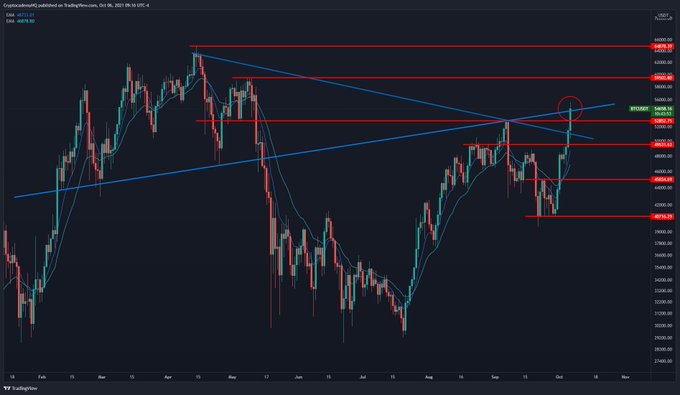 Bitcoin is trading at $54,763 at time of writing, according to CoinGecko.