Bitcoin.org, the oldest cryptocurrency website that was founded by mysterious Bitcoin (BTC) creator Satoshi Nakamoto, is back online after being attacked by malicious actors.

A group of unknown hackers managed to run a fake Bitcoin giveaway on the Bitcoin.org website for a brief amount of time.

A Bitcoin address reportedly linked to the scam was able to collect 0.4057 BTC before the site was shut down, which was worth $17,764 when the scam took place.

“Bitcoin.org has been compromised. Currently looking into how the hackers put up the scam modal on the site.”

The scam worked like this – when someone visited Bitcoin.org, a pop-up message appeared on the homepage offering to send double the amount of Bitcoin back to unsuspecting victims who sent Bitcoin to a fraudulent wallet address.

Blockchain journalist Colin Wu shared a screenshot of the giveaway hack on Twitter.

“Bitcoin.org is Hacked by Scam.” 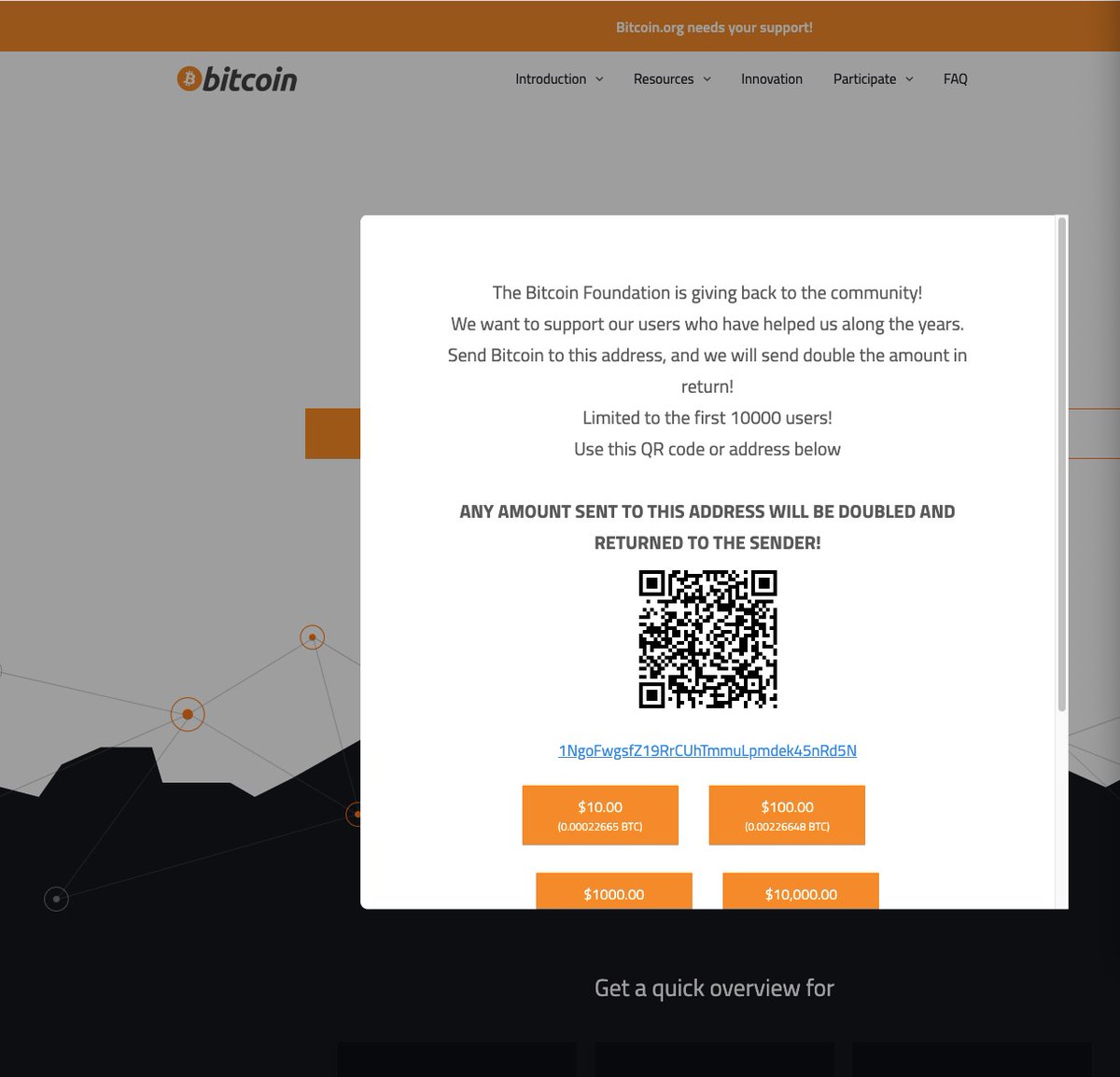